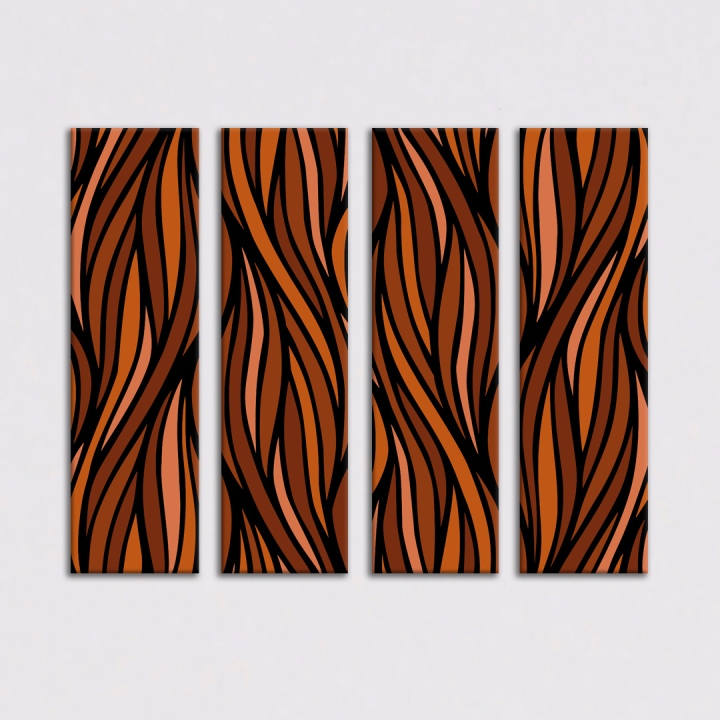 My second design brief submission. This one contained so much detail. Anything to do with hair always does. Think curling or straightening long hair section by section.

The brief was to design a logo and business card for a hair extensions brand, Next Gen Hair. I went all out and practised line drawing more intensely than simplistic, single-line drawings, a style I used to work a lot with. Once I got started, intense wasn’t the word I used to describe the technique. Far from it. In fact, no word came close. It took a sentence full of descriptive words to delineate the art, extra-detailed, extra-intricate, extra-complicated. My thoughts at the time were “what have I gotten myself into?”. However, I was motivated to complete what I had started. With six elaborate hair images to work on (image 9), I had no idea how many exhausting hours would go by before I’d meet the finishing line. I watched the bright day turn into night. Thankfully with practice, the drawings did become easier, given the fact that I had a better understanding of what I was doing.

Feeling ambitious and somewhat victorious at achieving a goal. On a whim, I decided one challenge wasn’t enough and so I took on another by trying vector drawing (image 7). A technique I’m also new to. To begin I stared at the images of hair extensions for a very long time, contemplating how and where to start. There were too many confusing layers involved. Photoshop talk. To give myself some direction and simplify the process I used minimal colours and started the drawing with the darkest shade, working my way to the lightest. Three drawings in and given the generous time spent on each image, I was familiar with the vector technique and thus had a good understanding of what I was doing, allowing my to finish the final and forth vector in record time.

Setting the goal I don’t wish to talk myself out of doing anything too intricate or complicated. Nor did I want to be stuck in the same place, unmoved because I didn’t take the risk, something that I may have regretted at a later date. I’d have ended up being the reason I never achieved the dreams I once had. Looking at the results I am pleased with my work. Whoever I showed my work to I’d point at the hair illustrations and say I did that. I know behind those three words stand hours of non-stop drawing.